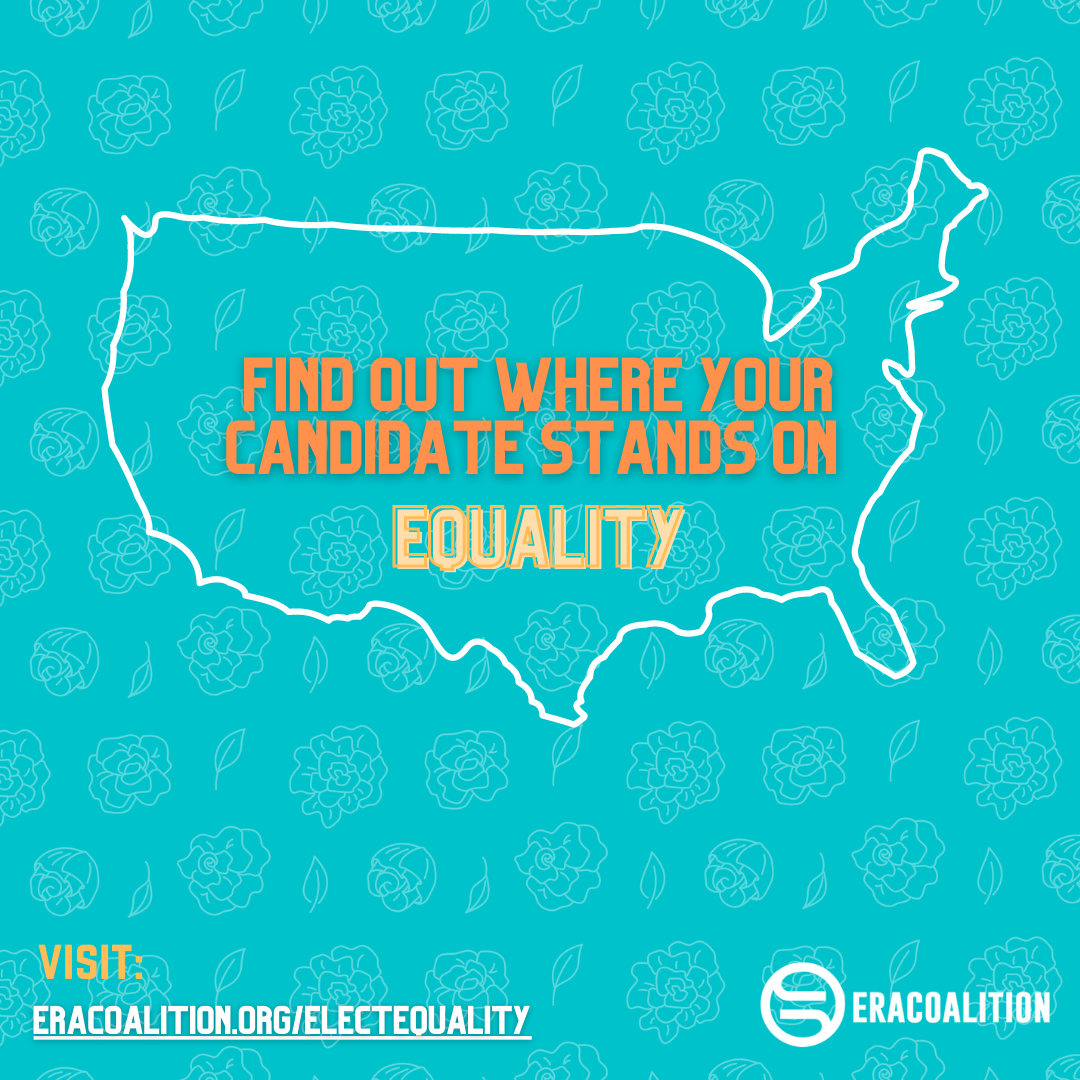 Reaching out to you in response to the confirmation of Amy Coney Barrett, and her swearing in by Chief Justice John Roberts today.

As we have said, we oppose the process and are wary of what this new SCOTUS configuration foretells. Here is our statement, released this morning.

STATEMENT FROM THE ERA COALITION AND FUND FOR WOMEN’S EQUALITY
Re: Confirmation of Amy Coney Barrett

“We again express our continued concern about the confirmation of Judge Amy Coney Barrett to the Supreme Court. This unseemly rush is an affront to Justice Ruth Bader Ginsburg, and all of us who respect her legacy of work in the interest of all Americans.

A 6-3 Supreme Court endangers many of the hard-won victories for equality in the Court.

“We believe that the case for the Equal Rights Amendment is made stronger than ever. We must amend our Constitution so that it protects its citizens from discrimination based on sex. We say to the US Senators voting on a Justice: What about a vote on SJ Res 6 that will remove the time limit on the ERA?  The bill has been blocked in the Judiciary since February, when the House of Representatives voted to dissolve the time limit. We insist that the Judiciary take it up.”

It is ever more clear that your votes in this election must be evaluated in terms of pro-equality candidates. So much is at stake. We have produced an online tool that indicates where candidates for the United States Senate (35 races)  and House of Representatives (all 435 races)  stand on the ERA–hence, equality. Please use it to cast your vote for equality. Link to Elect Equality here.

And please have a look at last night’s town hall–a terrific conversation about the ERA and LGBTQIA+ rights. You can watch the replay here.

We’re all in this together!