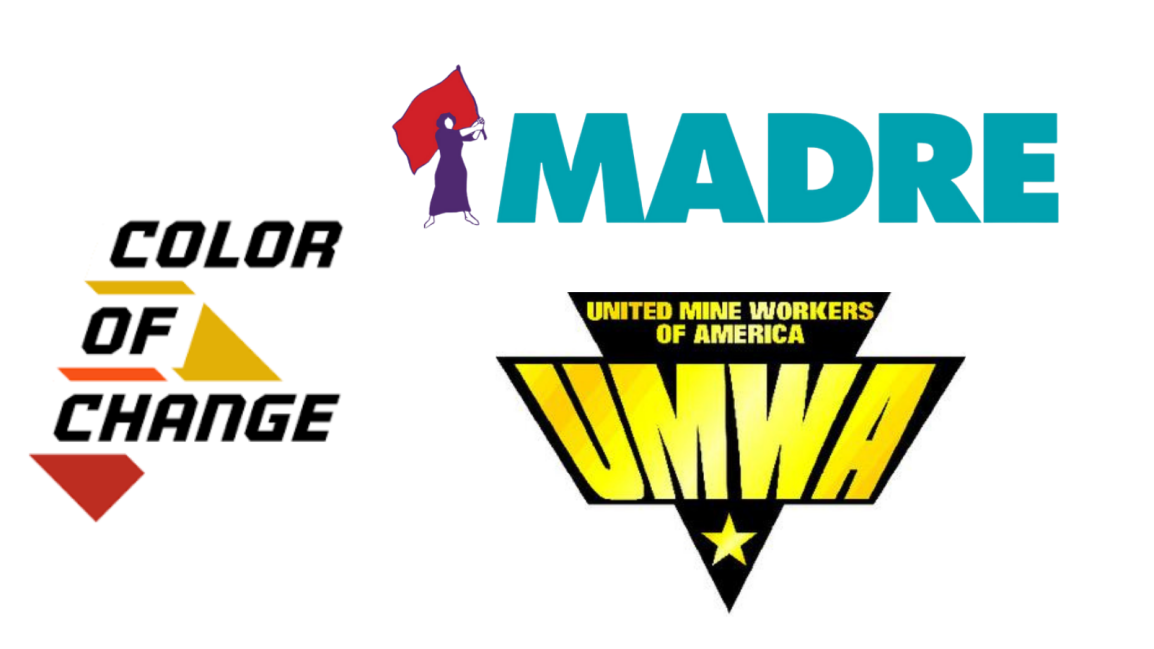 The ERA Coalition, an organization led by women of color, represents millions of people and more than 200 allied organizations whose common mission is to see the Equal Rights Amendment implemented within the United States Constitution. As we continue our fight towards the constitutional protections of those on the account of sex, many new companies, businesses, indivuduals, and organizations have followed suit and joined forces to become members alongside the ERA Coalition. As a show of our gratitude and continued support, we would like to take a moment to spotlight our newest members so far this summer.

Thank you so much to all of our new partners for their essential support in pursuit of the continued ratification and implementation of the Equal Rights Amendment within the United States Constitution. This month’s member highlights include MADRE, Color of Change, and the United Mine Workers of America!

MADRE is an organization committed to ending gender violence, advancing climate justice, and building a just peace. Working through grantmaking, organizational strengthening, and legal advocacy, MADRE creates concrete ways to support women and families on the frontlines of war and disaster though building lasting solutions to violence, poverty, militarism, and environmental degradation. MADRE joined the Equal Rights Amendment Coalition in July of this year to help amplify the urgency of the ERA’s ratification and implementation within the United States Constitution by continuing the public advocacy needed to lead successful initiatives to secure women’s rights in both policy and in practice.

Color of Change is the nation’s largest, most comprehensive online racial justice organization, driven by over 7 million members in all. They enable decision-makers in corporations and government to create a more human, less hostile world for Black people in America by leading campaigns that build real, tangible power for Black communities. They challenge injustice, hold corporate and political leaders accountable, commission game-changing research on systems of inequality, and advance solutions for racial justice that can transform the world. Color of Change joined the Equal Rights Amendment Coalition in July of this year, providing an additional layer of strong, multigenerational support for the ERA in pursuit of its continued momentum towards the United States Constitution.

UNITED MINE WORKERS OF AMERICA

The United Mine Workers of America is a diverse union aiming to achieve significant success in providing workers with both a voice on the job and financial security at home through continuing the fight for safe workplaces, good wages and benefits, and strong representation for working families. They represent the mining industry, public employees, manufacturing workers, health care workers, retirees, and the Navajo nation, ensuring that their members work in only the safest environments in their respective industries. The United Mine Workers of America joined forces with the Equal Rights Amendment Coalition as a member in May of this year to ensure the implementation of the ERA in the United States Constitution as a further protection for the many women that they aim to represent and protect.

To learn more about how you can become a partner with the ERA Coalition today, please visit https://www.eracoalition.org/new-partner-sign-up-form.