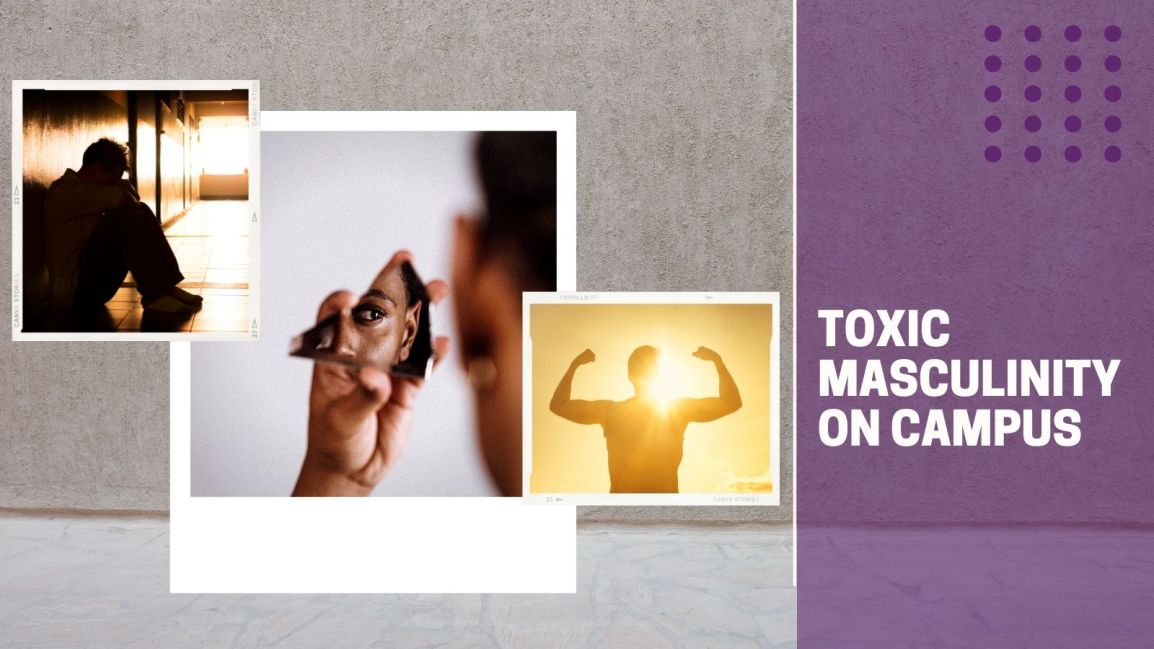 Toxic masculinity is everywhere – including on my college campus. While as a society, we’ve paid more attention to the idea that men are conditioned to be macho, strong and emotionless, it doesn’t mean that young people have fixed it.

I assistant teach a freshman seminar called Navigating Intimacy. Many of the young men in my class express that this has been one of the first times they’ve been able to openly talk about feelings, relationships, friends and family. Not necessarily because those topics are taboo, but because it’s not what men normally talk about. Sports, politics, and women typically take priority.

This forum that I get to be a part of, and others like it, are not just beneficial, they’re necessary. Toxic masculinity can contribute to men not seeking mental health help, violence against women and partners, and plain-old disrespect.

In a new environment like college, where students are on their own for the first time, toxic masculinity can be volatile. Toxic masculinity can encourage men to transform emotions into nothingness, or anger. Both of these can be dangerous for the man himself, and for those around him.

This mentality prevails at the university level with the added element of constant competition between classmates.

Seventy-seven percent of men polled by the Priory Group have suffered with common mental health symptoms like anxiety, stress or depression, although 40% of men have never spoken to anyone about their mental health. What would it take to get them to seek help? Forty percent say that it would take thoughts of suicide or self-harm to do so.

College is a breeding ground for mental health challenges. Trying to fit in, a new environment, new stresses, independence, and social pressures all contribute to students being overwhelmed.

There’s no reason men should have to bottle up emotions, or turn them into anger. This hurts everyone, and helps no one.

While women are sexually assaulted in college at higher rates than men, 5-6% of men are still sexually assaulted during their time in college, according to Know Your IX. Sexual assaults are typically perpetrated by men, and sexual violence is related to toxic masculinity. Feeling entitled to another person’s consent and body is evidence of a culture that idealizes the power of men. Additionally, transforming emotions into anger can lead to men committing acts of violence.

Toxic masculinity also makes male survivors less likely to seek help in the aftermath, fearing the response from society. In a college setting, these acts of violence are more likely, and more dangerous combined with the issue of mental health.

It’s time college campuses, and college students, revisit the way they discuss mental health, sexual assault and violence, to account for toxic masculinity. Men shouldn’t have to suffer on their own, or hurt others in the process.